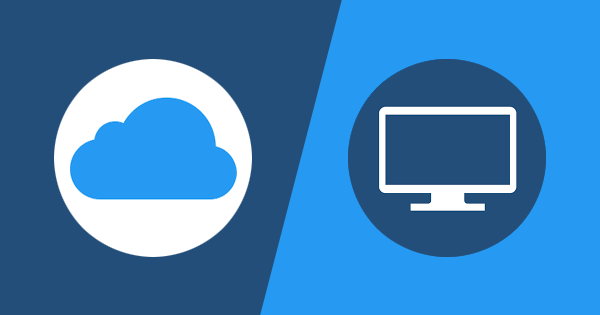 For most laboratories, choosing the correct Laboratory Information Management System (LIMS) is their biggest data management challenge. This is because in today's laboratory scenario, a LIMS is one of the most critical components of the overall data management and hence efficiency of a laboratory. LIMS are now in their fourth generation, and many organizations want to upgrade or modify their LIMS to ensure laboratory efficiency. However, the task of selecting the best LIMS architecture for an organization is difficult as many options are available in the market.

There are currently four different architectures of LIMS available, namely: Thick-client, Web-enabled, Thin-Client and Web-based. Of these, thick-client and web-enabled LIMS are all on-site systems with a one-time purchase option, while thin-client and web-based LIMS can be either subscription-based or one-time purchase options. One of the major differences between the two types of LIMS implementation, on-site and web-based, lies in the total cost of deployment and ownership of the system.

To understand the major advantages that each type offers and the disadvantages associated with them, it is first important to understand what each of these architecture offers.

1. Thick Client: A thick-client LIMS is architectured in a traditional manner with a portion of the system residing on-site on the Client's desktop or workstation, while a small part of the system is connected to the server that plays the part of a data storage unit. All upgrades and maintenance activities has to be done on every client desktop plus the server. This is traditionally referred to as a client/server architechure.

2. Web-Enabled: The term web enabled LIMS is used to describe the add-on web browser component of an application designed to run in a client/server environment. This has usually been done as a cheap, quick fix for older client/server products rather than rewriting the LIMS to be thin client from scratch.

3. Thin Client: A thin-client LIMS is architectured to be completely based on the web, with no part of the system being shared on the client's local system. To use the thin-client LIMS, the client has to be connected to the server in real time. Any upgrades for the system is done from the server side and is accessible to all the users. The server can be hosted on a private cloud or a public cloud. When hosted on a private cloud at the customer site, it is usually sold as a one-time purchase. When hosted on a public cloud such as Amazon Web Services or Google Cloud, it is usually sold as SaaS (software as a service).

4. Web-based: A web-based LIMS is essentially a mixture of thin-client and thick-client systems wherein the LIMS is essentially a thin-client LIMS hosted on a server but can be downloaded on the client's end and be used as a thick-client LIMS. This is usually done when the entire system both thin client and server are running on a single computer.

Some major advantages and disadvantages of On-Site/Desktop Based (thick-client and Web-enabled LIMS) and Subscription Based/Web-based/Thin-Client LIMS includes:

From a user's point of view, the most important advantage of a web-based LIMS is the reduced cost of implementation and ownership. Additionally, a web-based LIMS takes the pressure of maintenance of the system off the end-user as most service providers offer regular maintenance of the system and take care of the upgrades. The end-user also need not worry about data back-ups, which are again taken care of by the LIMS provider. Because of this, implementing a web-based LIMS does not require the user to establish a separate IT team to look after the system and thus, effectively cuts the cost of implementation. Another benefit is the ease of access from multiple types of clients including mobile phone, tablets, and desktops and from multiple sites which is especially useful in a multi-lab environment. However, before deploying either of the system, it is necessary for the client to understand which solution provides a greater advantage to the laboratory set-up. Thus, before coming to any conclusions, make sure the LIMS selected is the best fit for your organization.